Written by Richard M. Sherman and Robert B. Sherman

Early each day to the steps of Saint Paul's
The little old bird woman comes.
In her own special way to the people she calls,
"Come, buy my bags full of crumbs.

Come feed the little birds, show them you care
And you'll be glad if you do.
Their young ones are hungry,
Their nests are so bare;
All it takes is tuppence from you."

All around the cathedral the saints and apostles
Look down as she sells her wares.
Although you can't see it, you know they are smiling
Each time someone shows that he cares.

From the Walt Disney Productions movie "Mary Poppins" (1964). Performed in the movie by Dick Van Dyke as "Bert." 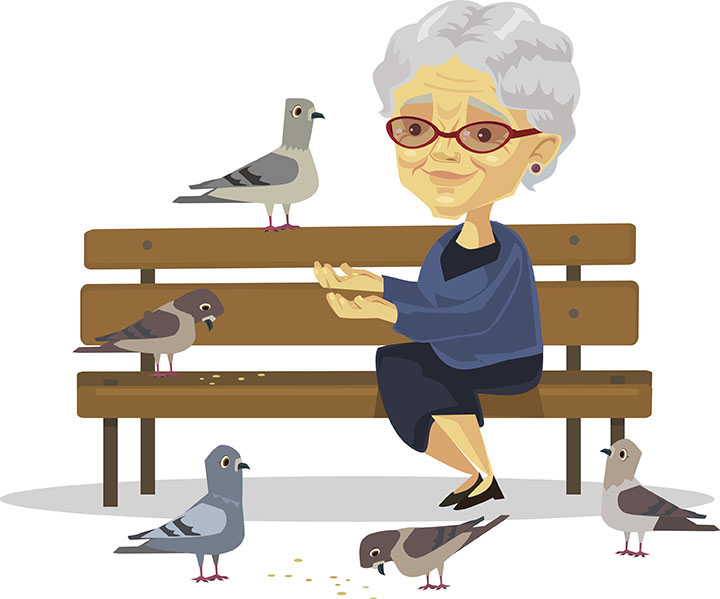 Which animals do you see a lot? Your pet dog or bird? A raccoon in your back yard? Animals are fun to see. But they can also carry germs that can make us sick. Learn how you can keep yourself and your pets healthy.

Being Single is "Not for the Birds"! – Canada Geese
This update is for those of you who are still young enough to remember. The White Goose (WG), known around campus and in the local press, as Toulouse, has spent many hours at NIEHS over the course of 4 plus years.