Mercury — sometimes called quicksilver — is a natural metal. It’s a shiny, silver liquid that can evaporate into an invisible gas. Since you can’t see it, it’s easy to breathe it in without knowing it. When mercury combines with other chemical elements, it creates compounds, or chemical mixtures. When people come in contact with mercury in the environment, it is often with compounds. It’s very important to dispose of (get rid of) mercury and mercury compounds properly, or they can wind up contaminating (polluting) soil, water, and air.

People have used mercury throughout history — for everything from making hats to making medicine. Now that experts know it can be dangerous, it’s used less often. But it’s still possible to find mercury in a variety of products, including:

Mercury can also be used in some industrial processes.

How can people be exposed to mercury?

Mercury is toxic to people — especially children. In the United States, the most common way to be exposed (come in contact with) to mercury is by eating fish or shellfish that have high levels of mercury.

You can also get sick from:

How can mercury affect my health?

In serious cases, mercury poisoning can even cause death. It may also hurt an unborn baby if a woman is exposed while she’s pregnant.

Symptoms of mercury exposure can vary depending on:

Some content courtesy of the National Library of Medicine. 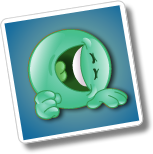 For Kids
Did you know the Mad Hatter character in Alice in Wonderland got his name from mercury? In old times, hat makers got "mad-hatter" syndrome, or mercury poisoning, because the mercury they used in making felt hats damaged their brains. Thankfully, now we know how dangerous exposure to mercury can be.
For parents
Mercury is a shiny, silver liquid that exists in the earth. It is a toxic metal that is harmful to the body. Mercury can be found in fish due to pollution in the ocean. A small amount is enough to cause long lasting nerve and brain damage. Learn more about mercury and human health.
For Parents
If you’re worried your health has been affected by mercury, talk with your doctor at your next checkup. If you think someone has been poisoned by mercury, call the Poison Control Center at (800) 222-1222 right away.
Back to Top