Douglas Adams
We are stuck with technology when what we really want is just stuff that works.

Michael Amzalag
When a project fails, we take as our starting point the principle that it’s a conversation that didn’t work out the way it should have, but that doesn’t change anything form the fact that we made an effort to serve an idea we believed in.

Saul Bass
The nature of process to one degree or another, involves failure.You have at it. It doesn't work. You keep pushing. It gets better. But it's not good. It gets worse. You go at it again. Then you desperately stab at it, believing "this isn't going to work." And it does.

James E. Burke
The coming of the printing press must have seemed as if it would turn the world upside down in the way it spread and, above all, democratized knowledge. Provide you could pay and read, what was on the shelves in the new bookshops was yours for the taking. The speed with which printing presses and their operators fanned out across Europe is extraordinary. From the single Mainz press of 1457, it took only twenty-three years to establish presses in 110 towns: 50 in Italy, 30 in Germany, 9 in France, 8 in Spain, 8 in Holland, 4 in England, and so on.

Winston Churchill
No idea is so outlandish that it should not be considered.

Thomas Alva Edison
To invent, you need a good imagination and a pile of junk.

Albert Einstein
The world as we have created it is a process of our thinking. It cannot be changed without changing our thinking.

Albert Einstein
You can't solve a problem on the same level that it was created. You have to rise above it to the next level.

Brian Eno
I'm always interested in what you can do with technology that people haven't thought of doing yet.

J.K. Galbraith
Technology means the systematic application of scientific or other organized knowledge to practical tasks.

Alexander the Great
There is nothing impossible to him who will try.

Albert Gyorgyi
Discovery consists of seeing what everybody has seen and thinking what nobody has thought.

Lee Iacocca
You can have brilliant ideas, but if you can't get them across, your ideas won't get you anywhere.

Mae Jemison
Never be limited by other people's limited imaginations.

Steve Jobs
What a computer is to me is the most remarkable tool that we have ever come up with. It's the equivalent of a bicycle for our minds.

Tibor Kalman
Everyone complains that it has all been done before, but we haven’t even begun. There’s an incredible amount of new tricks up good people’s sleeves.

Alphonse Karr
We can invent only with memory.

Charles Kettering
The Wright brother flew right through the smoke screen of impossibility.

Edwin H. Land
Every significant invention must be startling, unexpected, and must come into a world that is not prepared for it. If the world were prepared it, it would not be much of an invention.

Christian D. Larson
Believe in yourself and all that you are. Know that there is something inside of you that is greater than any obstacle.

Bill Lathrop
Always have a pen and paper. Ideas come at the least convenient time. But, when they come, they must be captured while the intensity is there.

Abraham Lincoln
I will prepare and some day my chance will come.

Abraham Lincoln
I'm a success today because I had a friend who believed in me and I didn't have the heart to let him down.

Abraham Lincoln
Commitment is what transforms a promise into reality.

Joseph Newcomer
I don't mind occasionally having to reinvent a wheel; I don't even mind using someone's reinvented wheel occasionally. But it helps a lot if it is symmetric, contains no fewer than ten sides, and has the axle centered. I do tire of trapezoidal wheels with offset axles.

Alfred Noble
If I have a thousand ideas and only one turns out to be good, I am satisfied.

Carl Sandburg
Nothing happens unless first a dream.

Igor Sikorsky
The work of the individual still remains the spark that moves mankind forward.

Aaron Sorkin
You’re going to fall down, but the world doesn’t care how many times you fall down, as long as it’s one fewer than the number of times you get back up.

Amy Tan
How can you say luck and chance are the same thing? Chance is the first step you take, luck is what comes afterwards.

Mark Twain
Accident is the name of the greatest of all inventors. 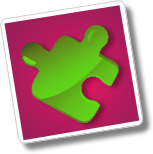