What is science and who are scientists?

Science is a way of organizing what we already know and learning more by experiments.

Scientists use the scientific method to learn about the world.

There are a lot of different branches of science. Here are a few of the more common sciences:

The different kinds of scientists are named for what they study. Biologists study biology. Zoologists study animals. So there are botanists, chemists, geologists, astronomers, and many more!

Science is all about getting answers to questions -

What kind of scientist do you think you might like to be? Think about what interests you - is it volcanos? Then maybe you’d like to be a vulcanologist, a special kind of geologist. Is it grasshoppers and wasps? Then entomology is for you - that’s the study of insects. There’s more than a whole world of science, since you might even study things far beyond our earth, and be an astronomer.

Watch " When I Grow Up" a short film about childhood dreams and keeping track of them. 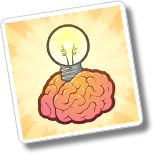