You can use these buttons to move to the next or previous webpage.

By Tom Hawkins, NIEHS Office of Communications
For a printable version of this story, download Sharon Finds The Environment

ne morning Sharon woke up early. She wanted to find the environment. Her teacher, Miss Clark,  had told her that people need to keep the environment clean. But to keep it clean, Sharon had to find it first. Since it was Saturday, she had plenty of time to look.

hen she got out of bed, she decided to look under her bed. It was dusty under there. But where was the environment?

haron went to the window and opened it. She looked out at the trees in the neighbor’s yard. She smelled something a little funny in the air like smoke. Maybe it was from the old factory in town. It didn't smell good. Sharon went into the hall. Ugh - the smell of her dad’s cigarettes. But if she was going to find the environment, she’d better hurry up.

haron washed her hands and face and combed her hair. She brushed her teeth and watched the water rush from the faucet and swirl down the drain. Where did it all come from? Where did it go? Then she went to the kitchen. Her mom was washing strawberries. Weren't they clean enough to eat?

fter breakfast, she went outside to look. She hadn't walked far when she met Herman, a squirrel. He asked Sharon what she was doing. "I'm looking for the environment. Have you seen it out here?" Herman looked amused: "I haven’t looked. But I guess if you haven’t found it inside your house, maybe you’ll find it out here." He winked at Sharon, but she couldn't think why.

haron asked, "Where do you usually look for the environment?" Herman said, “Oh, I don’t.” Sharon said, “Well then how do you ever find it? And if you don't find it, how do you keep it clean?" Herman said, "I don't look because I don’t need to. The environment seems to be everywhere we go." Sharon looked to the right and the left. She looked up. She looked down. She looked right at her feet. "Where?" she said. "Where is it now?"

erman said, "You're working too hard. You've got to sit down. " She sat. "Where is it right now?" As if she might scare the environment away, she whispered, “Where is it now?” Herman said, “Take a deep breath.” Sharon did so, and said softly, "There, now tell me where the environment is." Herman replied, "The air that you just breathed is part of it."

haron sat up straight. "Do you mean I've been breathing the environment all my life?" Herman flicked his bushy tail. "Oh, yes. And did you drink any water? That’s more of it. Did you have, maybe, cereal and milk and fruit for breakfast?” Sharon began to see. “My mom washed the strawberries!” Sharon said. “And what about dad’s cigarettes and the dust under my bed?” Herman said, “You’ve got it! The environment is everywhere you look.”

erman poked at acorns under a nearby tree and bit into one. "These acorns are part of it. I must say, they taste pretty good. The environment can help make us strong and healthy. But sometimes it can make us sick. The environment is the air, the water, the soil, and our food. It's everything around us."

haron thought and thought. "I’ll bet the sun isn't part of the environment!" But Herman said, "Oh, yes it is. A little sun gives you a vitamin you need, Vitamin D. But you can get too much. You can get sunburn. You can even get badly sick from too much sun. That's why we squirrels build nice deep, shady nests. And though you don't have anything as nice as a nest, at least you have a house."

For more information about sun safety, download the SunWise Activity Book , the Sunwise Storybook and all the other Sunwise School publications created by the U.S. Environmental Protection Agency to promote sun-safe behavior at any age.

tanding up and turning around and around, Sharon said, “So, the environment is everywhere. In the sky and in the ground. In the water and under the bed." "And we can all help by remembering that," Herman said, "and by being careful about what we throw out and where we put trash, and what we pour down the drain."

haron said, "Also by washing our hands before we eat.” Herman said, “That would be good. And by using things over and recycling newspapers and plastic bags—you could help your mom do that. And by taking really yucky things like oil and old cans of cleaners and paint to a special collection place. That’s so they won't make the environment dirty, leak into the water, and make us sick, squirrels and people both."

haron said, "Gosh, that's an awfully big job to clean the whole environment." "That's why it takes nearly everyone, everywhere, all the time," Herman said. "I'd better get busy then," Sharon said. Herman made a chattering sound to say goodbye and scrambled up his tree.

haron walked along feeling the breeze on her face. The environment was huge. It was the whole sky, the oceans, the mountains, and all of the towns—all around the world. Keeping it clean seemed like such a big job. Sharon thought it might take all morning...or all day...or even all week.

You can use these buttons to move to the next or previous webpage. 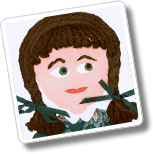